The Well of Souls (The Final Arbiter of Destiny) - Introduction: The Origin

Each of us is given to the Struggle. The Struggle is our right, and it is as sacred as our identities and as natural as being born. We have been given clean canvasses and it is up to each of us to paint in the details. If any persons are derelict, their canvasses will be painted for them. The point is: we are, and we are to struggle, and it doesn’t matter if one chooses to or not—the reality is that we are all given over to it. The only variable is the outcome. Some are victorious; others surrender and fail immediately. Everyone else is somewhere in between.

It all began at a place called The Origin, a dark place with many caves all leading in different directions. Eman and Cull are each given an endeavor, free will, and conscience and are subjected to temptations, tribulations, and trials where the outcomes of their actions develop their identity. Their motivations are their guides and one warning is given: “Keep your eyes on the prize and do not raise your stars above it, as you will surely see defeat. Out of the depths you must arise and glory like the sun to whomever takes the prize; but he who fails will fester in darkness and solitude.”

Eman and Cull began their journeys, each taking different directions. Cull impetuously started off first as he quickly chose his way forward. Eman was more circumspect, and methodically chose his direction.

Cull is physically strong and capable as he is quick witted, charismatic, and a natural orator. Success in the mundane has always come easily to him. Difficult choices throughout his life were easier to avoid than to face head on. He advanced through life on his natural talents and where he knew he could be successful, he tried. He saw greatness in his successes above others and his self-esteem was formed accordingly, to the point where he believed in his own greatness. Unknown to him were his utmost weaknesses, which were vanity and over-ambition. His motivations were redirected over the years towards personal grandeur rather than success. His ambition didn’t account for his motivational weaknesses and his propensity for hasty decisions because of his personal desires to be victorious first.

His ambition led him through a cave occupied by his greatest weakness, Vanity. The cave had a pool of water, motionless and like glass, reflecting everything above it as a mirror image. Vanity’s appearance was just like Cull’s, only perfectly groomed right down to the fingertips and clothed in opulence.

While rubbing the sides of his head and admiring his manicure, Vanity asked, “What is it you seek?”

“Ah yes, victory. How wonderful it feels to be the best.” With its back turned, Vanity asked, “Why do you seek victory?”

“Because I want to be the best,” said Cull.

With a lofty chin looking down at Cull, Vanity asked, “Can’t you be victorious without being the best?”

Cull hesitated, because his motivation perverted his understanding of victory to be the best above all others, rather than the best he could be individually.

“Look into the pool and tell me what you see,” Vanity said.

“There is a throne and all I can see is the back of it,” Cull replied. “I see people kneeling to it and chanting something. It must be a great person they are bowing to.”

“How would you like to have such greatness? I can give it to you. The power of a king is before your eyes. Is that not victory? Is that not what you seek, glorious victory?

Before he could finish, like a rush of vapor Vanity entered him, helpless, paralyzed, and in total submission with his mouth wide open. Cull surrendered and became enslaved.

Stunned and faintly realizing failure, Cull magnified his burden and efforts as futile and began feeling sorry for himself. He created an excuse for his failure by making himself a victim to justify his disappointing outcome. He refused to face his failure and found no joy in seeing another victorious.

Cull entered another cave. It was hot and red all over. There was flame in the middle that rose and fell with a rhythm like that of breathing. This place was occupied by Jealousy. Jealousy looked like Cull, except its face was intense and manic and its fists were clinched.

Jealousy asked, with a grimace and low voice, “Why do you pout?”

“Because I failed the first test and now winning is hopeless. I didn’t get a fair start,” Cull said.

Looking directly into Cull’s eyes Jealousy asked, “Your brother Eman is doing very well. Aren’t you happy for him?”

“He didn’t have the same difficulties that I did.”

“Look into the fire and tell me, what do you see?”

“I see injustice and inequity,” said Cull. “I say no man is better than another. I see suffering and all those who didn’t get a fair deal, but instead had incredible feats to conquer. I see others who have been given successes because of an advantage. They shouldn’t be free from the suffering that others must bear.”

“So, is it justifiable to take their success? Do you want what they have? I can give it to you.”

Cull answered by continuing to ramble, saying, “Why should they get everything?”

Jealousy rushed in with a great flash and filled Cull’s inner void.

Again Cull entered another cave occupied by Denial. This one was covered with a large shadow in the middle. From within the shadow came a timid, almost paranoid voice asking, “Why are you here?”

Cull could see no movement, only darkness in the shadow. He answered, “Because I was unlucky and chose the wrong pathways to follow.”

“You would have succeeded except that your choices were unlucky, is that correct?”

“Yes, look at Eman’s success. He went the right way and I went the wrong way. I must suffer while he doesn’t have to.”

Denial responded, “You say choices. You made them, did you not?”

“No, I didn’t make them. There are no choices. What we do is simply a matter of luck.”

“I see you are quite decided. Come into the darkness.” Cull complied and Denial swallowed him up.

Cull’s fate was now sealed as his vanity, jealousy, and denial opened him up to every vice in the depths of The Well of Souls. Each gave him comfort for his defeat and provided him excuses. Eman’s victory became Cull’s self-proclaimed martyrdom. Cull believed that if one person succeeds, another unfairly experiences defeat.

Eman, who was less influenced by personal grandeur, could accept the victory of others and wasn’t motivated to be first or the only one to succeed. He focused on success collectively, as freedom for all, and his choices were well decided. The first cave he entered was occupied by Impetuousness. He saw a cave of distractions and fast moving objects.

Impetuousness asked, “Why do you go here?”

“Because I had to choose a direction,” Eman said, “and after careful thought, I could see no clear advantage in choosing any direction.”

“Why do you go?” asked Impetuousness.

“Because I desire freedom.”

“Why do you desire freedom?”

“Because freedom is righteous for all who seek it.”

Impetuousness had no hold on him and was easily defeated. This victory gave Eman a clarity of thought and level of discernment he never experienced before.

Eman planned his next move with great diligence and intricacy and crossed paths with Enchantment. He saw great comforts and a table of delights.

Enchantment said, “Come in, come in. I will be your friend.”

Eman said, “I enter, but not because I am your friend, as I don’t know you.”

“I offer friendship and you insult me?”

“No, I don’t insult you, as I speak the truth with no malice.”

“Here let me give you a gift.” It was a glowing rock. “It will help you find your way.”

But Eman could see clearly enough to discern the deceit being posed to him. It wasn’t a light at all, but a deceptive entry to get inside him. Eman wisely refused the gift and again he realized victory. Eman found solemnness inside him he never knew was there.

Now, Eman had an undeterred direction forward and next encountered sympathy. In the middle of the cave were a pile of worms and leeches. Sympathy was infested with them.

Sympathy said, “I am so, so cold. This is my abode and I suffer. Help me feel warmth.”

Eman said, “Then build a fire.”

Sympathy said, “I have no wood.”

“Then depart from this place.”

“I can’t leave this place, I am confined.”

Eman said, “Your confinement is your choice, or justice.”

Sympathy said, “Aren’t you going to help me?”

“I am not compelled to do that,” Eman said. “If I help you, I would only interfere with your circumstances and I don’t want to help just because it would console my feelings for reassurance that help will be there for me one day. That is defeat, and I seek victory and freedom.” Eman could see the uselessness of sympathy, as it promoted no virtue only squalor. Eman had been molded into an undeterred, solemn, and unshakable leader. He was triumphant and an inspiration that could draw out the unmanifested virtues in others. 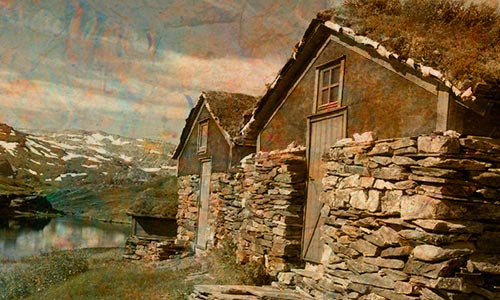 NEXT STORY
The Well of Souls (The Final Arbiter of Destiny) - Chapter 1: The Clans